An unimaginable virtual world with Tangle and Blockchain technologies

The Tangle and Blockchain Technologies, known as the technologies of the future; it is important to know that these two technologies are very similar, but with different functions and capabilities; therefore, they are two technologies that together would make the virtual world something unimaginable.

The Tangle and Blockchain technologies are being implemented in every field you can imagine; they are increasingly being demanded by the world’s scientists for their incredible capabilities.

These technologies can be found today; from home appliances to industrial engineering and energy.

Now, let us make it clear that it is each of these technologies:

Tangle technology is a network data structure designed to facilitate a series of secure transactions. Like or similar to the Blockchain network; it is a distributed ledger, involving a group of independent operators; it also performs a series of data transfer transactions and reaches a consensus on ownership.

There is no dependence on centralized authorities, such as financial institutions or governments.

The IOT refers to a universe of interconnected devices; all of them communicating with each other (through a multitude of self-directed microtransactions). To independently carry out the functions for which they have been created.

The IoT refers to a universe of interconnected devices; all of them communicating with each other (through a multitude of self-directed microtransactions). To independently carry out the functions for which they have been created.

Imagine for a moment; a wide variety of appliances and electronics capable of handling their own maintenance and upgrades.

Inside the Tangle and Blockchain technologies, you can create a number of things capable of being managed automatically; among them we have toasters, washing machines and printers that can diagnose faults, order and pay for repairs; as well as the management of supplies that will be made and delivered to other machines, all this without consulting. On the other hand, there are very important valuations within the Blockchain; between them are the Smart Contracts; as well as, the Blockchain allows to register, share and synchronize transactions in their respective electronic books; since this technology works with distributed accounting books and is handled without any human valuation. We will learn much more about this technology later on.

While this may seem strange or even unreal, the truth is that the IoT is already on its way to becoming a reality; in fact, some estimates predict that, by 2020, there will be 20 billion interconnected devices that will perform task and communicate with each other autonomously.

This facilitates fast, automated exchanges of small amounts of data and currencies, all done without interruption between devices.

This technology, according to its creators and admirers, is especially suitable for carrying out a large number of data interactions that the IoT needs; in a way that Blockchain is not. This is due to features such as:

Now, what is Blockchain?

Blockchain is a record in which transactions between two users belonging to the same network are stored securely, verifiably and permanently.

Data related to exchanges is stored within cryptographic blocks, hierarchically connected to each other. This creates an endless chain of data blocks, hence the name Blockchain, which allows you to track and verify all the transactions you have made.

The main function of a Blockchain is, therefore, to certify transactions between people. In the case of Bitcoin, the blockchain serves to verify the exchange of crypto coins between two users; but it is only one of the many possible uses of this technological structure.

In other sectors, Blockchain can certify the exchange of stocks and shares; operate as if it were a notary and “validate” a contract; as well as make the votes cast in online voting secure and impossible to alter. 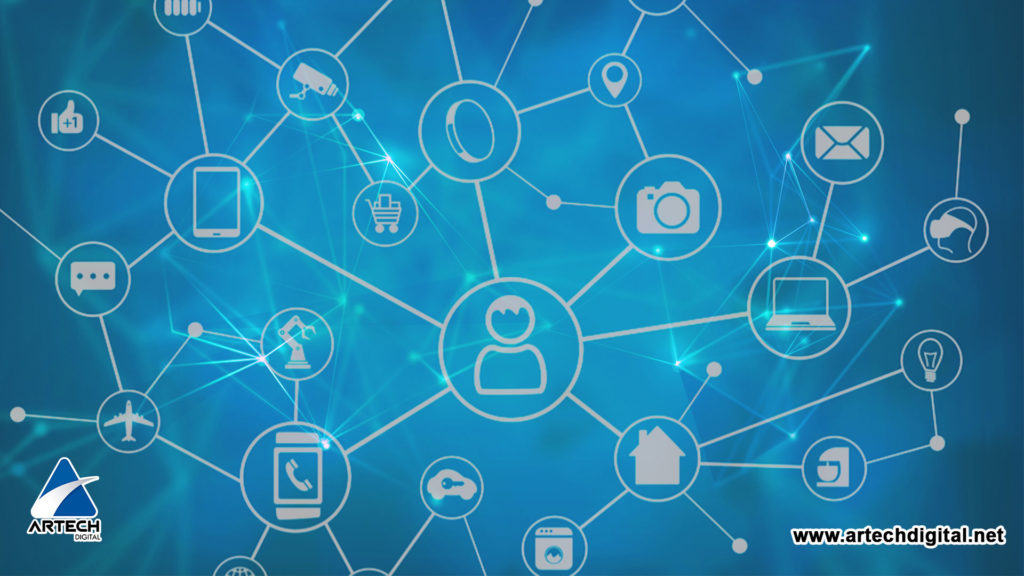 ¿Is Blockchain safe and reliable?

One of the greatest advantages of Blockchain is the high degree of security it ensures. In fact, once a transaction is certified and stored within one of the chain blocks; it can no longer be modified or altered.

Each block consists of a pointer that connects it to the previous block; a time stamp that certifies the time when the event actually took place and the transaction data.

These three elements ensure that each element of the blockchain is unique and immutable; any request to modify the time stamp or the content of the block would change all subsequent blocks.

This is because the pointer is created based on the data in the previous block, which causes a real chain reaction. For any modification to happen; it would be necessary for 50% plus one of the network to approve the change: a possible operation but hardly feasible; since the chain of blocks is distributed worldwide among millions of users.

Blockchain is a technology that has proven its worth; but that does not mean that it has been applied everywhere. Blockchain is an incredibly versatile tool. It is capable of touching a wide range of industries, each very different from the others.

¿What does Blockchain offer?

This technology has great potential. It offers a large amount of data immediately and securely; reducing expenses by reducing the operational risks of errors and reconciliations, simplifying the information transmission system.

Obviously, Blockchain will continue to be applied in insurance and finance, but those are not the only places where technology can be used.

Consider, for example, the automation and manufacturing sector, where this technology can help the parent company produce an item.

In addition to the above, it can also be applied to companies operating in the energy, food and beverage sectors. In these fields, Blockchain is an additional protection for consumers.

It also provides efficiency for producers and intermediaries; because it helps to trace the origin of raw materials, transfer ownership digitally and communicate with actors in the second part of the supply chain; when making payments for transport-related events or preservation conditions.

We already know that they are and as functions even where we can apply them, but ¿Which is better? Tangle or Blockchain?

The technologies of the future

Tangle only requires a device to validate two previous transactions before it can complete one of its own and create a data node. This less robust procedure makes the Tangle less secure than Blockchain.

This node essentially introduces a centralization factor into the structure of the Tangle and; it undermines claims that it allows completely autonomous and uninterrupted transactions between the machines participating in the IoT.

In response to concerns that Tangle’s security is behind Blockchain; fans of Tangle’s technology emphasize that, although its less demanding node addition protocol could make it less secure, the network becomes more agile. They believe this will equip the Tangle to better handle the rhythm and massive volume of IoT interactions.

However, Tangle’s security vulnerabilities as well as its unresolved centralization problem are just two of the problems this data structure will need to solve before it can begin to fulfill its stated purpose.

The real name of this project is Directed Acyclic Graph (DAG), although those who like to buy IOTA know it as “Tangle”.

Tangle and Blockchain are two “similar” technologies in sight; they share a lot in common but they are totally different, however it means that they are opposite.

¿Can Tangle and Blockchain technologies be compared?

The answer is YES, because at the end of all these are summarized that both host Tokens that are used to make payments or transactions.

Although both technologies are used for many more things and are being implemented in other areas, the main one is that of payments and transactions, is the commercial use they have given it and the best known.

The growth of Tangle and its crypto currency IOTA is undeniable; the best of all comes from remembering that the more you adopt this system, the better the results in terms of security and speed, as well as scalability.

Therein lies the point that can end up punishing Bitcoin and Blockchain technology in scalability.

As the number of miners continues to grow, it becomes more difficult and expensive to validate a transaction (as incredible as it may seem).

The opposite happens with IOTA, a crypto currency thought with zero transaction costs and that becomes more reliable and simple to use with each transaction.

Today, the challenge is in the massive adoption and diversification that this currency could suffer in its use. As more devices adopt it and as more users enjoy it, it seems that Blockchain’s technology sinks a little deeper.

By this we do not mean that Blockchain will reach the limit and will not continue to be one of the most used technologies; rather they are points that must be highlighted in each of the technologies.

The Tangle and Blockchain Technologies are necessary nowadays, although they do not believe it as we already mentioned the two have been implemented in all the fields in which the human being works; all this with the objective of creating a new world or new era in which the technology is the protagonist.