The case of online reputation that turns viral on social networks: “Vistima” and “Reketon”

Elizabeth Ogaz of Chilean nationality, is an ordinary person whose job it is to have a local, selling ” Flowers ” and, she was the ex-employee of the marriage of the ex-president of the National Association of the Professional Football of Chile (ANFP) Sergio Jadue and her now “ex” Maria Inés Facuse, now she is a hits machine for her last words “Vistima” and “Reketon”.

As a result of the divorce proceedings of both couples, the Chilean television channel “Welcome”; which broadcasts in the mornings, interviewed Elizabeth Ogaz, and said that Facuse was doing the “vistima”; meaning “victim”.

Nevertheless, in another Chilean channel “VivaLaPipolCHV” they interviewed again Mrs. Ogaz where she referred to that she was going through a terrible “hell” after the mistake of the word “Victima”.

In the second interview, Ogaz was talking with the host and said that “we are not all perfect in this life” and that many people internationally and in their own country, were making fun of her and that in a matter of hours they released several songs of “reketon” instead of “reggaeton”.

Another bad word that became viral where they got a “remix” with J Balvin’s song “Reggaeton”.

The woman was realizing the problems she faced with the couple; assuring that the Jadue-Facuse marriage did not cancel her for services rendered for six years. However, he mispronounced the word “victim” and said “vistima”, which has immediately turned into a social networking phenomenon.

However, Elizabeth Ogaz said she is suffering from “Bullying” problems after her mispronunciation, which has caused in social networks a series of “Memes”, parodies, songs, teasing, and even people use the words as a form of “fun” in conversations.

“I feel bad because we can’t even go out to the street; yesterday we went to the supermarket to buy food and people looked at us and laughed; they bother us and shout things, they even ask us for photos; my daughter had to go out to defend me”, commented Elizabeth Ogaz.

Elizabeth has had a hard time getting out of her home, because of people’s reactions and the mockery she suffers every time she goes out. She assured in the media chilean “The Observer” that bad pronunciation is due to problems in her teeth and that is why she is affected by the mocking of people in the street.

“The first thing I want to say is that this is not funny to me. I have a problem with my teeth and he mispronounced many words. I recounted the problem I had with Jadue and his wife to Canal 13, I recounted how they got practically six years of service from me and didn’t pay me, I told them how petulant and how badly the woman treated us when we worked there,” she said. 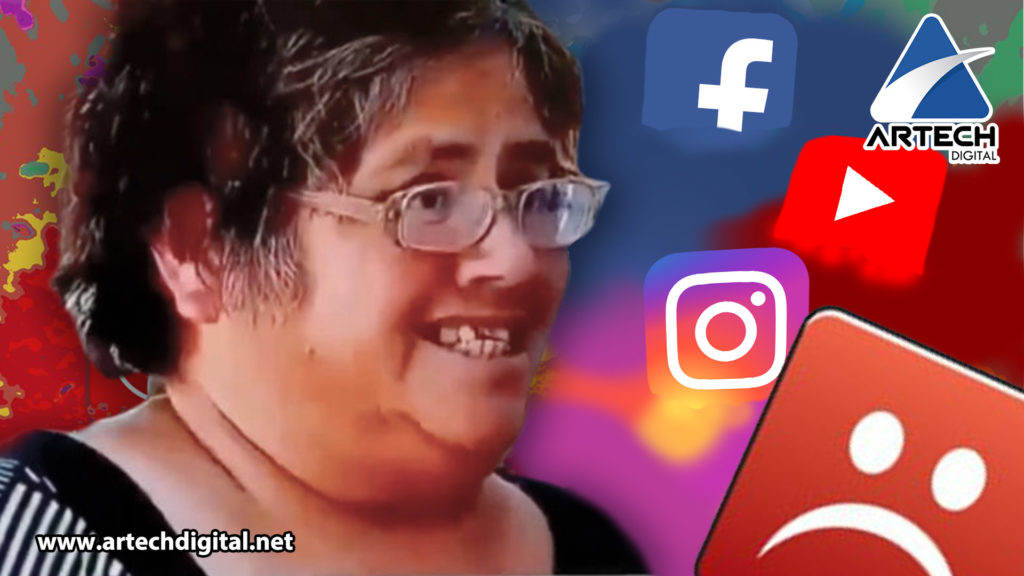 Ogaz said that Carabineros have sometimes had to intervene to stop the harassment of the woman and her daughter. She also said she dislikes the fact that strangers ask her for photos or that they approach her family in the public space.

However, the mocking also reached the television channels; the affected commented that a few days ago they laughed at her expense in the program of Mega “Morandé con Compañía” (Morandé with Company).

“It is irresponsible of the channels and the media because they are bullying me; they are earning money at my expense, they don’t even know what I’m going through.

¿How does the case of online reputation influence the personal?

Mostly, online reputation is associated with big companies or recognized brands that have the objective of successfully promoting their products, however, do not take into account the ORM and unexpectedly affect major developments, the Internet, social networks, etc..

But, not everything is based on companies or brands, personal online reputation exists. In the case that we have been talking about it has happened recently that it has gone around the world in less than 1 day. The lady flower seller and former employee in charge of cleaning services, is a person who has never crossed his mind to organize an online company or an “influencers” in social networks.

This Mrs. Elizabeth Ogaz, took great care of her personal reputation until in a Chilean interview, she was criticized and mocked by thousands of viewers, where in a matter of seconds she became viral through social networks and the Internet.

As a result of their bad pronunciation, people have created “Memes”, stickers on Whatsapp, remixes of famous songs, parodies, and a series of mockeries on all digital platforms such as: Twitter, Facebook, Instagram, and so on.

Social networks are the most powerful and accessible means of communication for any brand. Of course, if used properly, they function as a powerful resonance box for the communications of any company or brand, giving you the benefits of both revenue and traffic.

But also, they are the platforms where more affects of reputation and “Bullying” there are in the Internet.

Mrs. Ogaz has not had a “good” day since the mistake of the words “Victima” and “reggaeton”, pronouncing “Vistima” and “Reketon”.

Personal online reputation can arise immediately, so this case is an example. The negative comments towards the person Elizabeth Ogaz have discouraged her, and her self-esteem has declined after this incident  to pronounce “Vistima” and “Reketon”; however, her bad pronouncement is due to a problem of her teeth, which has also been affected and has been mocked about this disease.

So ¿Do you really control what’s said about you on the Internet?

It is important to point out that online reputation, both personal and business, mostly becomes more controversial due to very negative comments from people who don’t know how deeply it can affect a person or company. Any precaution that is taken is little, however, you must try to have all the fronts well covered.

Usually people, companies, institutions, etc.. They do not control what is said about them on the Internet, any news portal, forum, social network, website, generates content about your person staining your digital reputation even without you knowing it.